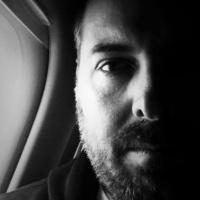 Toby Morris
Where there's a will, I'm not in it.

Powered by Hugo with Dream Plus theme.

Well, I’ve finally gotten around to updating my personal site, and simulatneously creating my new tech blog, Tek Tales. It’s been a long, winding road full of technical potholes and wrong turns. I bounced between self-hosting a Rails app, going with a free Wordpress blog, or using a static site generated site hosted on some free hosting service. I decided to go with the static site, as it gives me more control over the look with less worry about maintaining a running server. I did have a bit of a time trying to choose between Jekyll and Hugo, but eventually went with Hugo.

Why Hugo? It’s written in Go, so I don’t have to worry about Ruby versions, gems, bundler and all that other environmental clutter. Hugo is pretty much self-contained. No outside dependencies. And it’s fast. My blog isn’t the biggest, at this point, so that’s not really an issue, but as it grows and the amount of blah-blah I generate increases, build times should stay relatively the same.

GitLab is my repository hosting site of choice. Not just because big, bad, evil Microsoft bought Github, but because it’s free for private repos. Saving $7 a month isn’t a huge deal, but every bit adds up. And hey, free is free.

Hosting is accomplished using Netlify. Yes, I love Netlify. They’ve combined a Jenkins-y build pipeline with a hosting solution. And made it free on top of that! So yes, Netlify for the win.

Aside from the cost of the annual domain name renewal, I’m in this for $0. Other than my time. Which, I’ll admit, is pretty darn pricey. So for the money maker, the tech blog, Tek Tales (shameless plug), I’m going with a self-hosted Ghost blog instance. Ghost is one of the nicest blogging platforms I’ve come across. If you know Markdown, or can find a Markdown cheat sheet, give it a try. It’s an alternative to Medium.com. Well, actually, it’s a strategic piece of the Medium.com/Self-hosted Blog plan to build an audience in record time.

You see, normally, if you post the same words on multiple websites, Google’s search algorithm will downrate you. But, if you use the “rel canonical” tag, you get all the benefits of posting on a very popular site, like Medium.com, and you get the benefits of all the views being attributed to your own personal site. You can read more about it on the webs. And I’ll post something about it in a future post.

I’m a guy who likes writing, programming and photography. On this site, you might see a little of both. Er, all three.

Have a great day! Toby